How it all began

A pond prolific in frogs and an historic pub 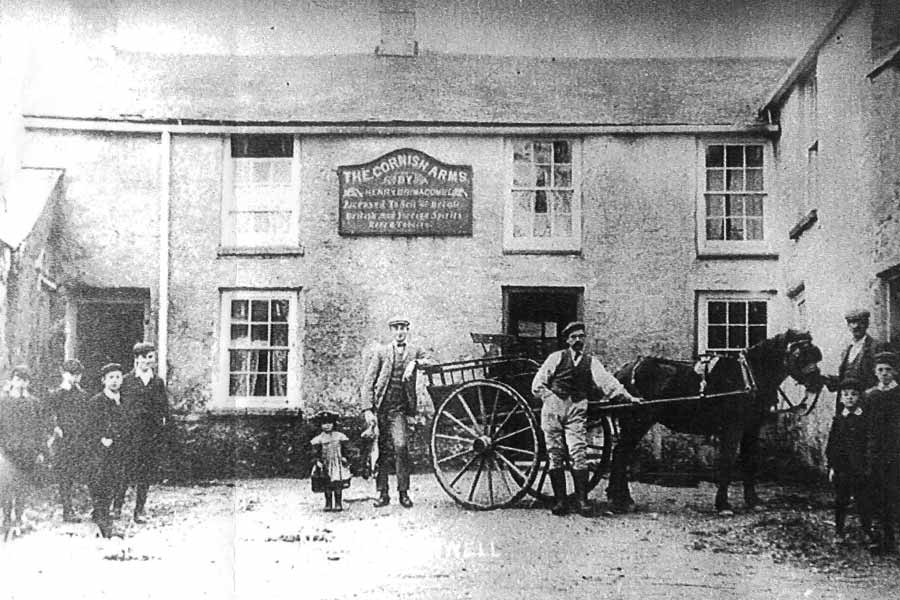 The main features of Frogpool are the Wesleyan Chapel and Sunday School both built in 1843 and surrounded by old cottages and farmhouses. The tradesmen and women of the village largely supported the mining and milling activities of the Cusgarne and Bissoe valleys which steadily declined into dereliction. Most of the buildings still remain however, having been converted into private dwellings.

The village became known as Frogpool in the early 19th Century as it described the natural feature of the area, a pond prolific in frogs! The pool was situated 100 metres to the west of the Chapel, where there are now bungalows, while the early history of the Cornish Arms can be traced in the West Briton of June 23rd 1848. This advertised the sale by private contract of 'all that desirable public house situated at Frogpool in the parish of Gwennap, known by the name of The Cornish Arms. For further particulars apply to the proprietor Mr V Cornish, Frogpool near St Day.'